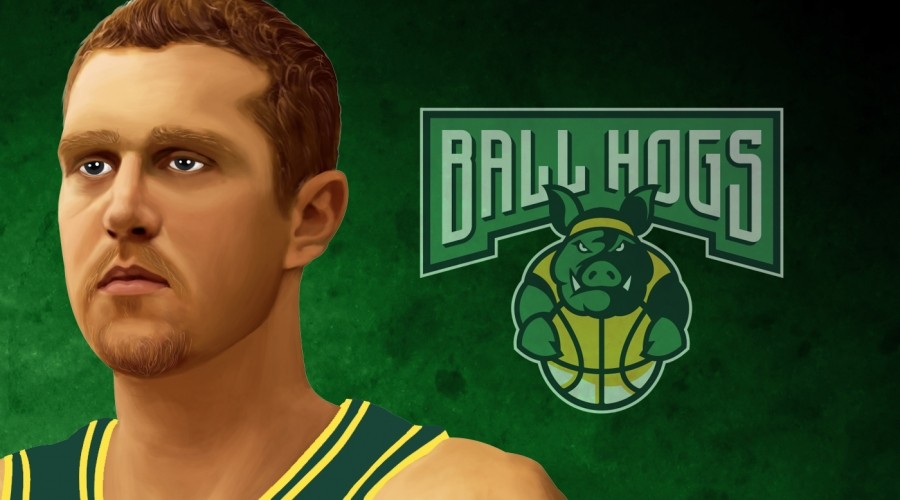 No team in the BIG3 is more mysterious than the Ball Hogs. They were the last of the BIG3’s 8 teams to be announced and they feature the league’s most unexpected lineup.

Brian Scalabrine — a.k.a. White Mamba, a.k.a. player/captain of the Ball Hogs in the new BIG3 professional 3-on-3 league that begins play in less than a month – paid close attention during the league’s combine workouts in Las Vegas on April 29.

The inaugural BIG3 Draft was held a day later, but Scalabrine had a prior engagement. Not a problem in our connected world. Scalabrine was in contact with Ball Hogs coach and NBA legend Rick Barry throughout the draft – collaborating on a plan that resulted in one of the more intriguing BIG3 squads.

There are plenty of unknowns heading into the BIG3 opener on June 25 at Barclays Center in Brooklyn. Even the players we’re very familiar with – guys like Allen Iverson and Chauncey Billups and Jermaine O’Neal – will be adjusting on the fly to a professional version of the half-court game. So when you look at a team like the Ball Hogs, with some guys you might not recognize so easily, what can you expect?

The 6’8″ Childress, who has played all over the world in recent years, just finished a season with a professional team in Japan. Childress’ shooting skills and ability to play guard or forward are representative of a Ball Hogs team that appears to be well stocked with good shooters, versatility and athletic ability.

Here’s a look at the players that round out the Ball Hogs:

Derrick Byars: The 33-year-old Byars, who last played in the NBA in 2012, has become one of the more dangerous shooters in the NBA Developmental League. He has the size to get some rebounds and play defense, but scoring will be his strength.

Rasual Butler: Another D-League veteran, Butler was the 2013 Impact Player of the Year with the Tulsa 66ers. The LaSalle product has always been a sharpshooter – he averaged 36 percent from long range in the NBA and will likely become one of the BIG3’s 4-point specialists.

Dominic McGuire: The 6-9 McGuire will be relied on as a rebounder for the Ball Hogs. His penchant for being physical under the rim could get him to the line more often — which is important in BIG3 play, since teams maintain possession after foul shots.

Scalabrine should have a good idea what to expect from McGuire, since White Mamba was an assistant coach for the D-League’s Santa Cruz Warriors when McGuire played for that team.

At 31, McGuire is one of the youngest players in the BIG3. Byars and Childress are both 33, while Scalabrine and Butler are both 38 – making the Ball Hogs the youngest team in the league.

While the BIG3 is brand new for all involved, the Ball Hogs might appear to be more “untested” than most. Their youth, athleticism and shooting skills will be put tot the test early, as they start the season against Iverson and 3’s Company. We’ll find out soon enough what kind of squad Scalabrine and Barry have built.