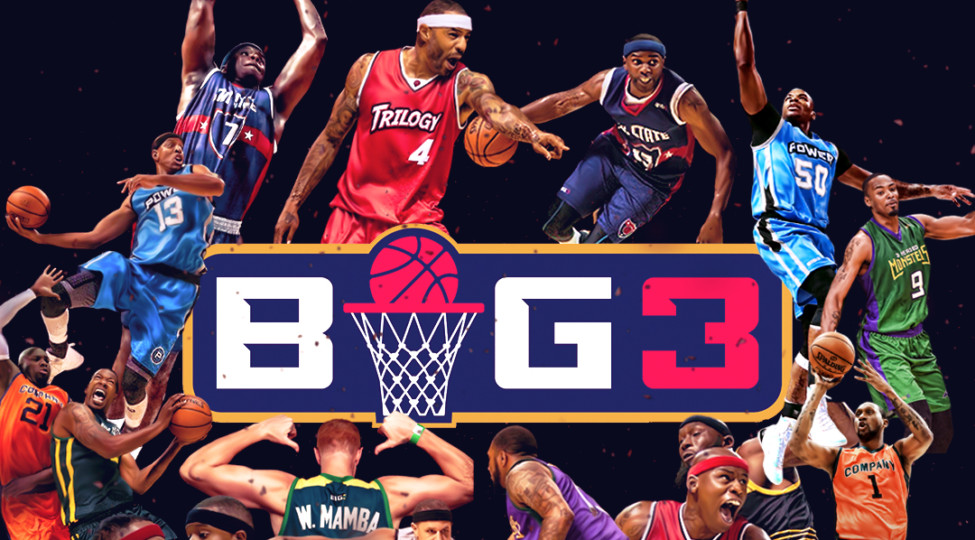 FOX Sports announced today a multiplatform distribution plan for the 2018 season of BIG3. Each week, a game will stream live exclusively on Facebook, leading in to three additional games which will air exclusively on FOX or FS1 (simulcast live in the FOX Sports app) during the regular season and playoffs. The first BIG3 game to stream on Facebook will feature a match-up between 2017 BIG3 MVP Rashard Lewis’ 3 Headed Monsters and Mike Bibby’s Ghost Ballers on June 22 from Houston, TX, followed by Chauncey Billups’ Killer 3’s and Dermarr Johnson’s 3’s Company; Corey Maggette’s Power and Brian Scalabrine’s Ball Hogs; and Kenyon Martin’s Trilogy and Jermaine O’Neal’s Tri-State on FS1.

“As a start-up professional sports league, we have an innate flexibility that allows us to adapt and cater to our growing audience,” said BIG3 co-CEO Jeff Kwatinetz. “Given that our fans had an average age of more than 10 years younger than typical basketball fans, we want to provide digital viewing experiences so they can engage with our league in a format that best suits their viewing preferences. We couldn’t be more excited to work with FOX Sports and Facebook to present the BIG3 in a new and exciting format for our fans.”

Starting with the season opener in Houston on June 22, one game per week will stream live on Facebook Watch each Friday in the U.S. and globally via the ‘BIG3 on Fox’ page (facebook.com/BIG3onFOX). For the first nine weeks of the season, fans can be a part of the action on Friday nights by viewing on Facebook, and continuing to watch on the FOX Sports app. In addition to getting exclusive live access to nine games this summer, fans on Facebook will be treated to highlight packages and game recaps for all 37 games, including the championship in Brooklyn on August 24. Fans can add this content to their Watchlists by following the BIG3 on FOX Facebook Page.

“We’re proud to partner with FOX Sports to bring the excitement of live BIG3 basketball to fans on Facebook,” said Devi Mahadevia, Facebook Live Sports Programming Lead for North America. “Basketball conversation doesn’t have an offseason on our platform, so we’re excited for these social-first broadcasts to amplify this engagement over the summer and help FOX Sports bring the big names and big plays of the BIG3 to new audiences around the world.”

Following the resounding success of the inaugural BIG3 season and FOX Sports’ live broadcast of the BIG3 championship game, three games per week in 2018 will be broadcast on either FOX or FS1 as well as streaming on FOX Sports apps. This commitment by FOX Sports coupled with the network’s new avenue of distribution on Facebook will bring the excitement of professional 3-on-3 basketball to untold audiences.

“We are excited to announce our partnership with Facebook on the upcoming season of BIG3,” said Alexis Ginas, SVP, Cross Platform Solutions. “This experience connects a global audience for live game viewing and real-time interaction, raising the profile of this exciting league and providing increased viewership opportunities across the FOX Sports platforms.”