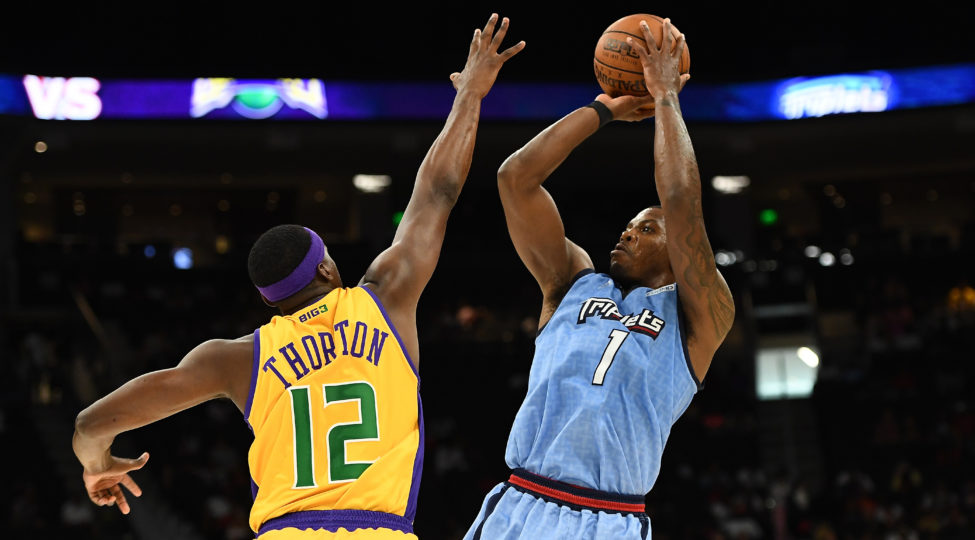 – The Ghost Ballers (3-3) got back into the playoff race with their first win since week 2, snapping a 3-game skid in a game Carter Blackburn described as “a hardwood matchup that feels like it’s on the blacktop.”  George Gervin’s team took a slim 25-24 edge into the break after a fun 1st Half Blackburn salivating over Nate Robinson’s “Chicago style extra spicy” nutmeg to set up a layup and his “deep-dish” 3-pointer moments later.  The Ballers largely controlled the 2nd Half after coming out of the break on a 12-4 run, but Tri-State got within 4 points at 40-36 before Mike Taylor twice picked Amar’e Stoudemire’s pocket and cashed in buckets to spark a 10-2 game-ending run.

– Mike Taylor led the Ghost Ballers with 14 points in front of an adoring Chicago crowd, 1 shy of his season-high, and gave a memorable postgame interview to Jenny Dell.  The Ballers improved to 3-1 when he scores in double-digits.  Ricky Davis had 11 in the 1st Half and said he was “going for 30 and a W,” but he had to settle for just the W as he finished with 13 after making the game-winning 2-point free throw.  Chris Johnson had a season-high 12 points in his first game with the Ballers after a trade from Triplets (topped out at 10 points with the Triplets).

– Robert Hite led Tri-State with 11 points, including his first 4-pointer since Week 1 of the 2018 season.  Amar’e Stoudemire came off the bench (along with both Jason Richardson and Nate Robinson) and finished with a season-low 10 points.  Jason Richardson matched a season-low with 4 points, and has 13 points combined in the last 2 games (had 14+ in 3 of 1st 4 games).

– The reigning champs Power (5-1) are a win away from locking down a playoff berth after pulling away from the Enemies (3-3) in Chicago. The Enemies led 13-8 at the first break, but Power led 42-28 the rest of the way including 18-6 to close out the 1st Half. Nancy Lieberman’s squad won its 3rd in a row since a Week 3 loss to Trilogy.  Rick Mahorn’s team has dropped 2 in a row after winning its previous 3.

– Corey Maggette led the way with a season-low 16 points on a day when all 5 Power players who entered the game scored at least 6.  The reigning MVP ended it with a 3-pointer.  Quentin Richardson had 12 points – he entered with 13 on the season. Carlos Boozer had 6 points and 6 boards in his Power debut after struggling to get on the  floor for the Ghost Ballers. Cuttino Mobley wasn’t on the floor, but he certainly wasn’t inactive sporting a jacket which drew rave reviews from Brendan Haywood while shouting out orders alongside Lady Magic on the sideline.

– The Enemies fell to 0-2 this season when Agent Zero is inactive, and his absence clearly created problems for Craig Smith who became the focal point of the Power defense and had a season-low 4 points (previous low: 18).  Perry Jones continues to produce when given opportunities – he had a season-high 20 points including a ridiculous windmill dunk.

– Bivouac (4-3) got what could end up being one of the most important wins of the season thanks to Will Bynum’s Big3 single-game record 33 points in front of a hometown crowd.  Reggie Theus’ team  earned its first-ever consecutive W’s and pulled into a tie with the Killer 3’s (4-3) for the last playoff spot. Charles Oakley’s team lost for the 3rd time in 4 games after a 3-0 start.  Bivouac would currently be the last team into the Semifinals thanks to this monumental W.

– Two words are all it takes to describe Bivouac in this game: Will. Bynum.  Bivouac is now 3-1 when he scores in double-figures (1-2 when he doesn’t play or has single-digits).

– Stephen Jackson got back on track with 22 points after 3 straight season-lows, and he also had 11 boards for his first double-double of the season.  But no one else could really get anything going offensively for the Killer 3’s.  Frank Nitty had 4 points, his 3rd time this season and second consecutive time scoring 5 or fewer, and was repeatedly victimized by Bynum on his reocrd-setting day.  Nitty did add 4 rebounds and 5 assists, and has at least 4 assists in 5 of 7 games this season.

– The Aliens (3-4) won for the 3rd time in 5 games, keeping their hopes of a .500 finish in their inaugural campaign alive though making the playoffs at 4-4 would require something resembling a miracle.  Tiny Archibald’s team led by 9 early, saw the lead cut to 1 at 20-19, then dominated the rest of the game to the tune of a 30-16 margin.  3’s Company (3-4) entered on a 3-game win streak since an 0-3 start.  Like the Aliens, Michael Cooper’s team will almost surely miss the playoffs even with a win at the Big3 Ballout in 2 weeks.

– Greg Oden matched his season-high with 18 points, and his team is 2-0 in the games where he scores 18 (1-4 in the other 5 games).  Brandon Rush came out on fire with 4 triples in the 1st Half and ended up with 17 points, his 2nd-most this season (season-high 23 last week).  Shannon Brown had the game-winner and finished with 8 points.

– Andre Emmett had 19 to lead 3’s Company, his 4th straight game scoring at least 15.  The rest of the team combined for just 16 points, led by Jason Maxiell’s 7.

– The Triplets (6-1) appeared to be well on their way to a surprising loss, and the 3 Headed Monsters (2-4) looked like they might be back in the playoff chase following a 3-game skid, but Iso Joe put the exclamation point on his MVP campaign with a cold-blooded stepback 4-pointer that sent the 12,500+ fans in attendance in Milwaukee into a frenzy.  Lisa Leslie’s team became the first to clinch a playoff berth, and will finish with one of the two best records in the regular season.  Gary Payton’s team needs a 2-0 finish to avoid its first losing season and is all but mathematically eliminated from the playoff race.

– Joe’s shot was so absurd it almost overshadows the comeback which preceded it – the Triplets trailed 37-23 at one point, but went on a 13-0 run to get back within 1, and then a 7-0 run to the finish line after the Monsters got within 2 points of the win.  The presumptive MVP finished with 26 points, 18 of which came after the break.  He’s scored 20+ five times in 7 games this season.

– Mario Chalmers had 16 points to lead the Monsters, and authored a huge 4-point play to snuff out the Triplets’ 13-0 2nd Half run.  Mahmoud Abdul-Rauf moved to the bench in favor of Chalmers but had his most productive game of the season with 14 points (previous high: 9 in opener).  He entered with 13 points in his previous 4 games combined.

– For one half, it looked like the biggest shock of the wild weekend would come in the last game as the winless Ball Hogs (0-7) absolutely manhandled Trilogy (4-2) en route to a 25-13 halftime lead.  But Kenyon Martin’s squad clearly got the message when he gave them the halftime silent treatment as they outscored Rick Barry’s Hogs 38-18 the rest of the way en route to a 4th straight win.  Trilogy will be in the playoffs with a 6-2 finish, and would likely make it at 5-3 though that’s not yet guaranteed.

– David Hawkins led Trilogy with 19 points, and his team improved to 4-0 this season when he has double-figures (18+ in each of 4 straight wins, had 16 combined in 2 opening losses).  New addition Samardo Samuels may have saved the day with 17 points in his Big3 debut.

– The Ball Hogs were so close, yet so far, from snapping their 13-month regular season skid, which is now up to 12 straight losses dating back to July 6th, 2018.  New additions Xavier Silas (12 points) and Mustapha Farrakhan (9) combined for 21 points in their first game with the team and it felt like they’d be enough to get DeShawn Stevenson, Will McDonald and White Mamba over the hump as the Ball Hogs’ coasted to their second halftime lead of the season.  Then in what felt like the blink of an eye they gave up a 21-4 Trilogy run out of halftime and never held the lead again.  They’ll have a week to get ready for Bivouac, which will likely be playing for a playoff berth at the Big3 Ballout. 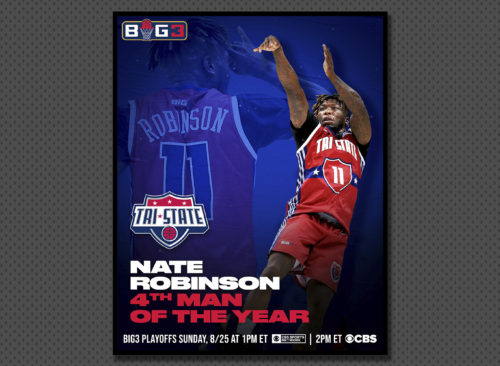 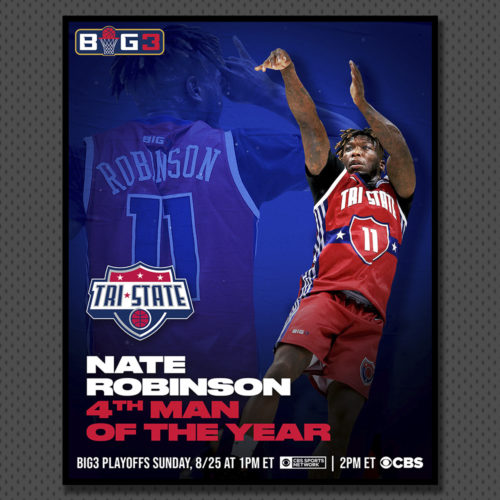 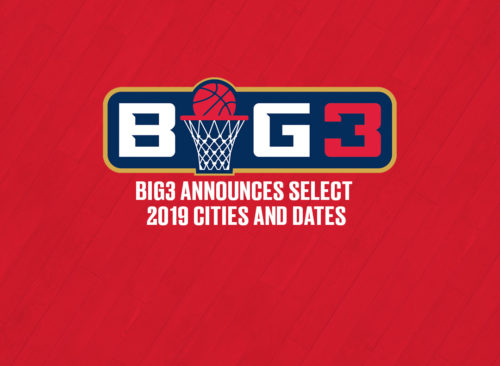 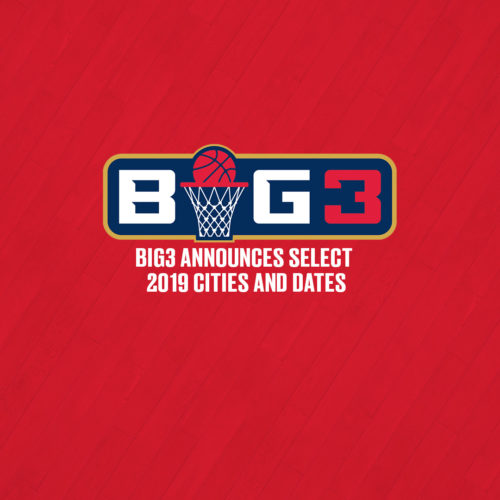 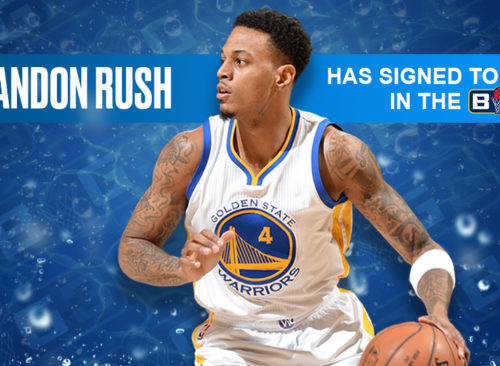 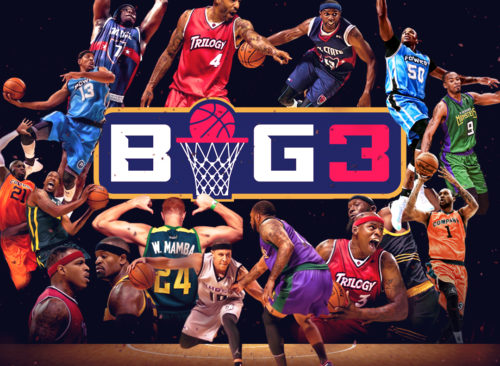 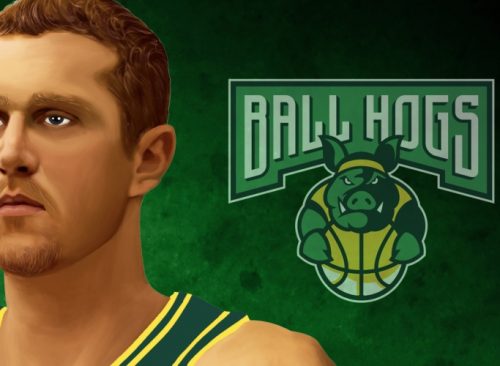