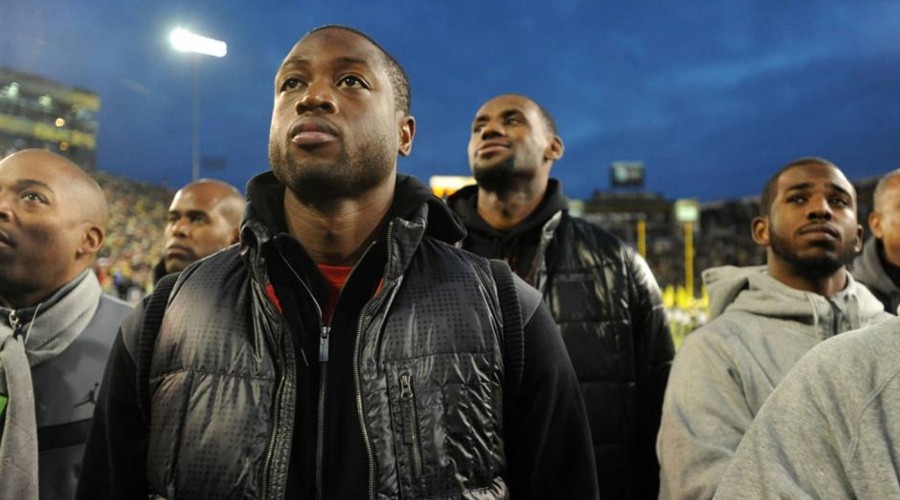 Stephen Jackson: “All the players are riding with Charles Oakley”

“We respect our OGs” -Stephen Jackson.

BIG3 player and former NBA star Stephen Jackson added to the list of players who have stepped up to show support for Charles Oakley in the last 24 hours. Charles Oakley was arrested for yelling at James Dolan at Madison Square Garden during a New York Knicks game on Wednesday. It was also an ESPN broadcast, which means most of the basketball-watching world saw it unfold live on television while Kristaps Porzingis was at the free throw line.

Other players, including Lebron James, Dwyane Wade and Chris Paul have taken to social media to show support for the retired basketball star. Many players, journalists and fans feel this is an example of “disrespect” to Oakley. View Jackson’s comments later on this page (warning: some explicit language).

Wade, who took to Instagram to voice his passionate concerns, showed frustration over the large portion of Oakley’s life that was dedicated to an organization that would later treat him that way. He wrote:

“10years!!! 10 years Oak gave everything he had for this organization and the image everyone will be left with won’t be this picture. It will be the imagine of him being taken down to the ground last night in the same arena he gave his all 2 as a player by the guards! This Could happen to any of us!!! #StayWoke We are not above this treatment!” -Dwyane Wade

“”Hope that he gets some help soon??” Don’t like the way they’re trying to portray Oak…ALWAYS had my back and the realest person our league has seen! #UncleOak” -Chris Paul

Jackson’s comments focused on the lack of empathy and respect given to the Knicks legend:

We respect our OGs. #TeamOak #GBG