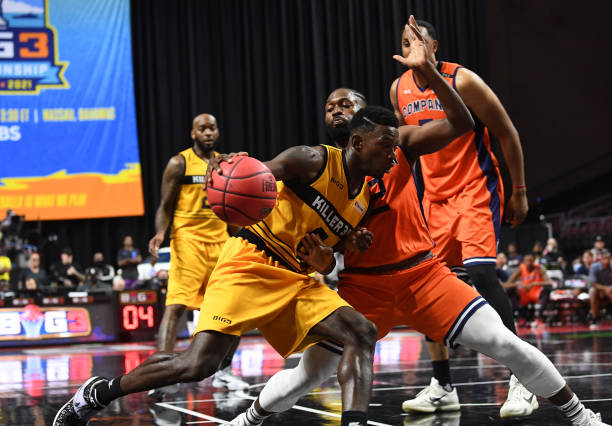 INTERVIEW: Franklin Session, “The League Got so Much Better”

With season 4 of the BIG3 underway, Killer 3’s Captain Franklin Session took some time out of his day to talk about the big changes and improvements that have happened in the BIG3. Session joined the BIG3 for an interview on the upcoming BIG3 season.

Session repeated multiple times saying “ the league got so much better from last season”. A lot of new talent has entered the league. Previously at the combine, 113 players tried out for the BIG3.

Franklin Session and the Killer 3’s have had a tough road to start season 4. Killer 3’s matched up with 3’s Company in week 2. Killer 3’s blew a 10 point lead as Michael Cooper’s team beat them 52-45. “ You’re never going to stop anybody from scoring, it’s good enough hoping to think they will either miss or have a bad day”, Session says. Killer 3’s have had their struggles on the defensive end, hoping to fix that mistake coming into week 3.

Never one to back down to a challenge, Sessions talked about his passion and drive for the league. “When it comes to the BIG3 and overseas, you want to die trying to win these games’ ‘, Session says.

It was clear throughout the interview how much respect Sessions has for his fellow BIG3 players. First pick of the 2021 BIG3 Super Draft Isaiah Austin has made a big impact in the league. “Austin belongs in the NBA and would destroy anyone in the Drew League,” Session says. Austin had 15 points and 5 boards in the loss against Ghost Ballers in week 2.

Killer 3’s look to bounce back after previously dropping the last two weeks, they rank #11 on our latest Power Rankings.

Streaming Live and Free on Triller and FITE TV at 12:00 PM/ET.