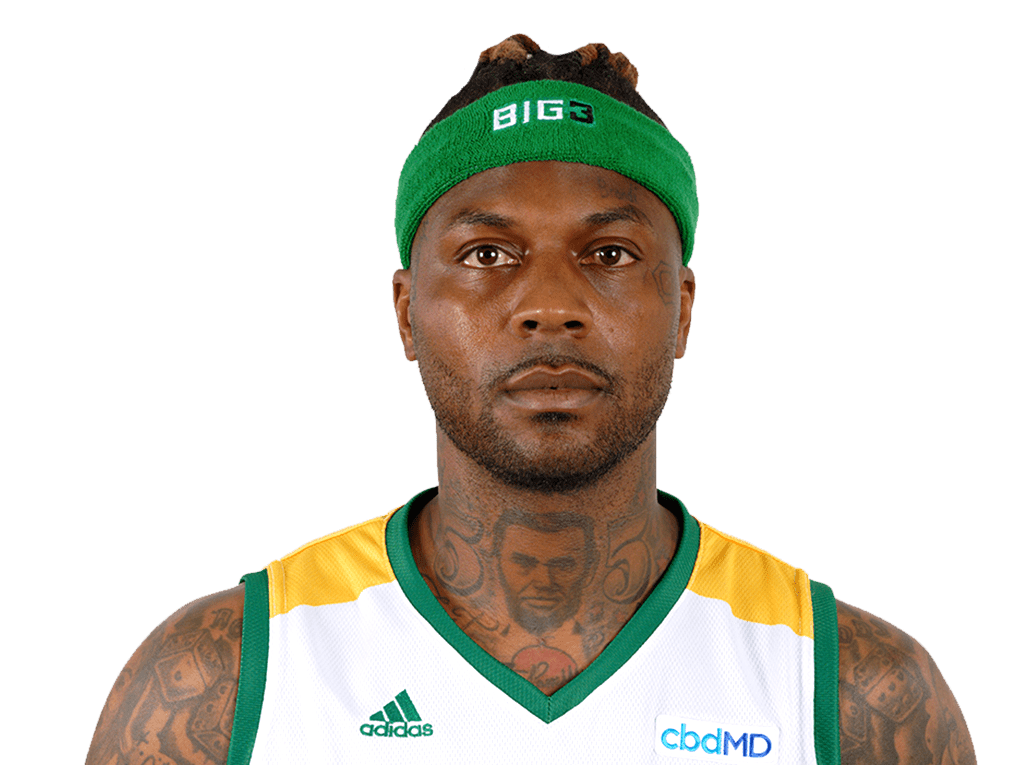 After a super season with Power last year, DeShawn Stevenson was rewarded when the Ball Hogs named him as their second co-captain for the 2018 season. Stevenson was the 11th overall pick in last year’s draft, and he quickly became one of the league’s most dangerous sharpshooters. Stevenson led the BIG3 with 32 three-pointers – nearly twice as many as the second-best total. He averaged 15.9 points per game (6th) and sank three game-winning shots (2nd). Stevenson was one of just nine players who started every game last season.

Stevenson enjoyed a 13-year NBA career that included an NBA title with the Dallas Mavericks in 2011. In addition to scoring some crucial baskets in the NBA Finals against the Miami Heat, Stevenson was praised for his success defending LeBron James. A first-round NBA draft pick straight out of high school, Stevenson played for the Mavericks, Utah Jazz, Orlando Magic, Washington Wizards, New Jersey Nets and Atlanta Hawks. In 824 NBA games, he averaged 7.2 points and 2.2 rebounds per game.