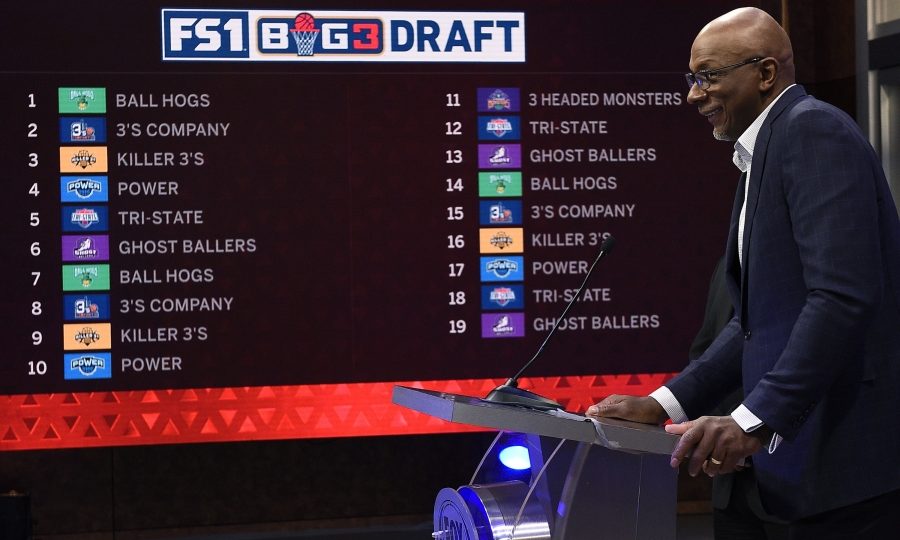 Ball Hogs head coach Rick Barry made his way to the podium Thursday night at the BIG3 Season 2 Draft sporting a pair of sunglasses that belonged to team co-captain DeShawn Stevenson. With the shades protecting him from the bright lights of the FS1 cameras, Barry announced the first overall pick of the draft:

After lighting it up last year in the BIG3 with 3’s Company, Owens led an impressive draft class for the Ball Hogs, who also added league newbies Corsley Edwards and Jermaine Taylor.

Newcomers dominated the evening. Ten of the first 13 draft picks did not play in the BIG3 last season. Overall, 12 of the 19 players taken in the draft were new. There were 25 players from the BIG3’s inaugural season that were in the draft pool; only seven were taken.

Many of the new players drafted were taken after showing their skills Wednesday at the BIG3 Combine. As Trilogy captain Kenyon Martin pointed out, some players were taken because the captains and co-captains may have played with them in the past. “Guys have guys they’ve wanted to play with over the years,” he said.

Both K-Mart and BIG3 co-founder Ice Cube also sent a message to those players not drafted: Be prepared.

“Stay in shape, stay ready,” said Ice Cube. “There were 14 guys that didn’t get drafted last year that ended up playing more than half the season… You never know when someone’s going to call your name.”

As for the names that were called Thursday, here’s a rundown of the draft:

1. (1st Pick) Ball Hogs – Andre Owens
Owens was the second overall pick in last year’s draft, and he backed up that selection by being the only player in the BIG3 to finish in the top 5 in scoring, rebounding and assists.

3. (3rd Pick) Killer 3s – Alan Anderson
Another newcomer gets picked. A versatile baller who’s played small forward and shooting guard in the pros, he was in the NBA as recently as the 2016-17, when he played 30 games for the Clippers.

6. (6th Pick) Ghost Ballers – Lee Nailon
Nailon quietly had a solid first season in the league, starting six games for Tri-State. He averaged 11.3 points and 3.5 rebounds per game, and he also had one of Tri-State’s three game-winning shots.

1. (7th Pick) Ball Hogs – Corsley Edwards
Not long before this pick was up, Ball Hogs captain Brian Scalabrine declared on the FS1 broadcast that the Ball Hogs were definitely going with a big man with this pick. And that’s what they got with Edwards, who was one of the major standouts at the Combine. The 6-9 Edwards has a ton of experience in the G League and overseas.

2. (8th Pick) 3’s Company – Jason Maxiell
The 6-7 Maxiell played 12 seasons in the NBA, and some people thought he’d get picked even higher here. “We wanted to reward somebody that actually showed up and participated in the Combine,” said 3’s Company co-captain Drew Gooden. “This guy stood out to us.”

3. (9th Pick) Killer 3s – Ryan Hollins
Another newbie. “We needed a big guy, athletic, that can make plays, block shots, really talks on defense,” said co-captain Stephen Jackson. “Something that we needed. Fills a big hole for us.”

4. (10th Pick) Power – Quentin Richardson
After 13 seasons in the NBA, few were surprised to see Richardson get picked. After going big with Andersen in Round 1, Power comes back in Round 2 with a sharpshooter. Richardson is a former NBA Three-Point Shootout champ.

5. (11th Pick) 3-Headed Monsters – Salim Stoudamire
The 3-Headed Monsters lost one player off last year’s runner-up squad – and since Eddie Basden was a second-round pick, that’s where they got to replace him in this draft. “I need somebody else that can score off the pick and roll and shoot the basketball,” said Payton, “and I think we got that guy.”

6, (12th Pick) Tri-State – Robert Hite
Hite was one of the first players to show up for the Combine Wednesday, and he made a big impression on everyone. “He balled out yesterday,” said Ice Cube. The 34-year-old has played professionally in six countries over the last few years, and he is clearly in playing shape.

7. (13th Pick) Ghost Ballers – Marcus Banks
Banks was the fourth returning player drafted – and the first to be drafted by the team he played for last year. As Cube pointed out, Banks and captain Ricky Davis played very well together. Banks averaged 5.0 points per game last year, with six 3-pointers.

1. (14th Pick) Ball Hogs – Jermaine Taylor
Another newcomer that stood out at the Combine. The Ball Hogs needed to replace Derrick Byars – who was still available here. Taylor is a similar player, so clearly the Ball Hogs think he can be even better.

2. (15th Pick) 3’s Company – Derrick Byars
If Byars was disappointed the Ball Hogs didn’t take him with the 14th pick, he’ll have a shot at revenge now that he’s with 3’s Company. Byars showed some flash last season, averaging 13.4 points per game – tied for 10th in the league.

4. (17th Pick) Power – Ryan Gomes
Gomes, who played eight seasons in the NBA, had a strong showing at the Combine. “He can stretch the floor for us,” said Power co-captain Cuttino Mobley.

5. (18th Pick) Tri-State – Bonzi Wells
It had been thought that Wells, who played for Tri-State last season, would miss this season due to a heart condition. Cleared to play and a late addition to the draft pool, he will be reunited with Tri-State captain Jermaine O’Neal.

6. (19th Pick) Ghost Ballers – Mario West
The last pick of the NFL draft is known as “Mr. Irrelevant” – but with only 19 players drafted here, there is no such thing as an irrelevant BIG3 pick. West played with Ghost Ballers captain Mike Bibby with the Atlanta Hawks. 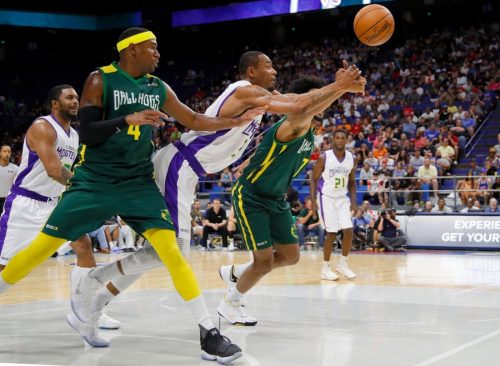 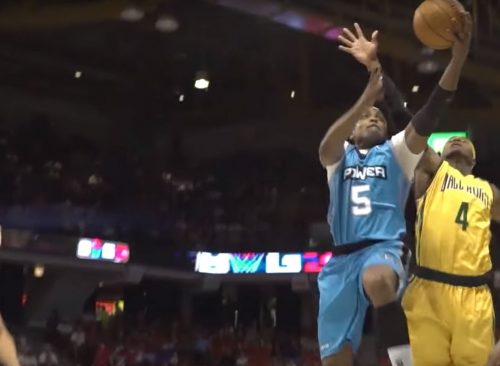 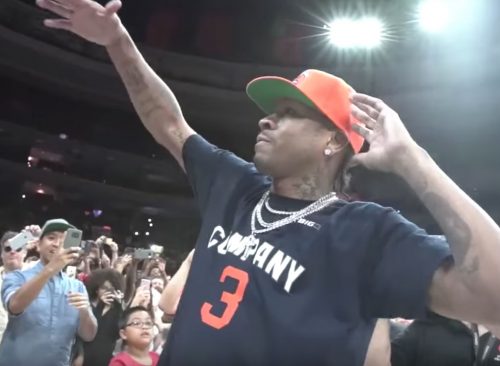