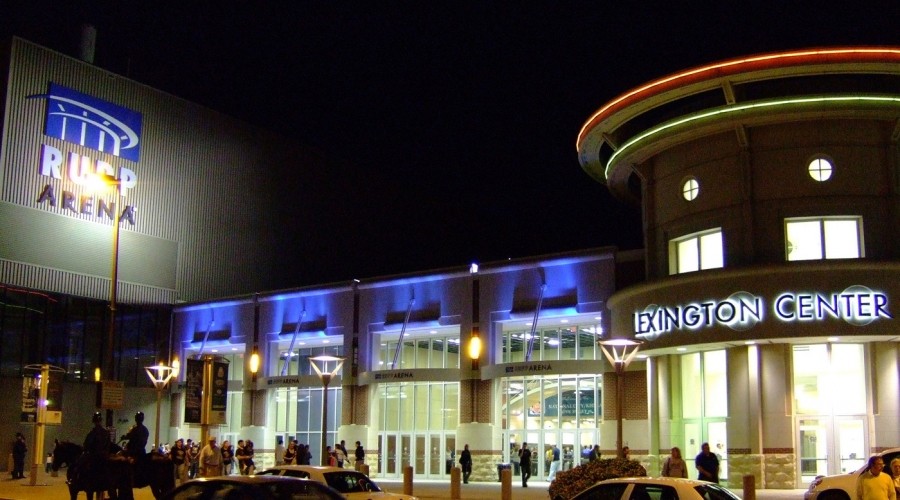 The BIG3 Brings Pro Hoops to the Bluegrass State

If basketball is something of a religion in the state of Kentucky — and it is– then Rupp Arena is its holy temple.

Basketball is a way of life in Kentucky, a passion that unites its residents. Black or white, Republican or Democrat, doesn’t matter. Well, except for Cardinals or Wildcats, maybe.

When the BIG3 comes to Rupp Arena in Lexington, Ky., on Aug. 6, the Louisville-Kentucky rivalry won’t be an issue. None of the BIG3’s stars played collegiately in the Bluegrass State, so fans can come together and enjoy all the 3-on-3 action.

And no doubt, the fans will make their presence felt. In 2010, ESPN voted Rupp Arena the third-loudest college basketball venue in the country.

It’s a combination of the rabid fan base and the overall love of the sport that makes Rupp Arena such an iconic venue. The BIG3 will be hitting plenty of major sites along its 10-week inaugural season, but the Aug. 6 trip to Lexington might be the highlight for many of its players.

“When I saw the schedule and saw we were playing in Kentucky – and that we were playing in Rupp Arena – the first thing I thought about was, ‘Wow!’” said Rashard Lewis, player/captain for the 3-Headed Monsters. “Kentucky … this legendary basketball place …”

“The Big3 coming to Rupp Arena is going to be history.”

Lewis and a few other BIG3 players might be able to appreciate the trip more than most. Lewis is one of five BIG3 players who jumped straight from high school to the NBA (along with Jermaine O’Neal, Al Harrington, Kwame Brown and DeShawn Stevenson), so he missed the experience of playing in a place like Rupp.

“There’s no professional team there,” said Lewis. “That’s one place that I’m looking forward to. Even though it’s not like Dallas or one of the major cities (on the BIG3 schedule), Lexington, Kentucky, has basketball history. And now we’re gonna be a part of that.”

Not all Big3 players will be new to Rupp. While none went to Kentucky, a few have been there as visitors. Back when he was still known as Chris Jackson, Mahmoud Abdul-Rauf poured in 41 points for LSU in a tough loss to the Wildcats.

“Granted, you’re trying to come at everybody you play against,” he recently told the Lexington Herald-Leader. “But it’s even more special, and it’s hard not to get up for a game with that many daggone people yelling and screaming.”

It makes sense that Rupp Arena is so loud. On top of the passionate fan base is the fact that Rupp is the largest arena in the United States designed specifically for basketball, with a seating capacity of 23,500.

Rupp Arena opened in 1976 and has been the site of many huge events, including the 1985 NCAA Final Four won by Villanova. It’s hosted several NCAA Tournament regional games since then, and is also the site of Kentucky’s annual state high school championship tournament. And in Kentucky, of course, that’s kind of a big deal.

“There is something about being born and bred into Kentucky basketball,” Rev. Jim Sichko told Slate.com in 2015. Sichko is the parish priest at St. Mark Catholic Church in Richmond, Ky., a Lexington suburb about 30 minutes from Rupp Arena. “There is a passion and a drive among those who were born and bred into this area, where they bleed blue, so to speak.”

Even though Lewis never experienced college basketball, he’s played in a few college arenas… but not like this one.

“Being at home near the University of Houston, I’ve played high school games in a couple of college arenas, but nothing like Duke or North Carolina or Rupp Arena,” said Lewis. “Not one of those places that you see on TV damn near every week during college basketball season” continued Lewis.

“Mark your calendar. On Aug. 6, Rupp Arena will be one of those places to see during BIG3 season.”

Tickets are no longer available.