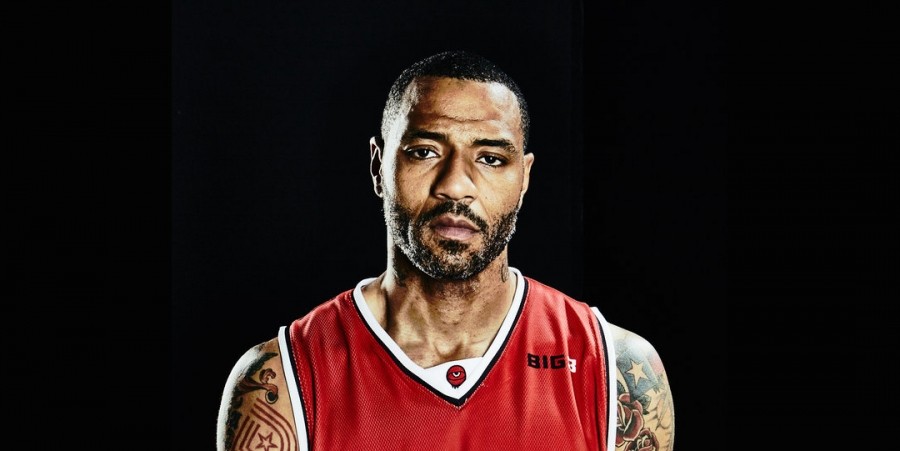 When Ice Cube first called me about joining the BIG3, I recognized that this would be a great way for recently retired NBA players like myself to remain in the spotlight. It is great to be playing again, with and against some good friends. And this stage the BIG3 has provided for us, allows us to do more than just get back in the game.

It allows us to give back as well.

Helping kids and doing good things in the community is something we’d be doing anyway, but it helps when you’re still playing. Two weeks ago, on the day of the BIG3’s games in Philadelphia, we held a clinic in nearby Camden, N.J., for about 300 kids. I’m not sure how many of the kids knew me, but I could tell some of the parents were fans from my years with the New Jersey Nets.

It was a great day hanging out with the kids – that’s what it’s all about. And the mayor of Camden even surprised me with a Proclamation honoring me for my community service. I’ve tried to do as much as I can over the years and it’s great to be acknowledged like that, but I don’t do it for the praise or the accolades. I just do it.

Actually, I think the whole presentation of the Proclamation was an elaborate ploy — they were just trying to make me cry. Didn’t work! It was sentimental and all, but I held back. I stayed strong.

But seriously, it still feels good.

And it will feel even better this week, with the BIG3 coming to Dallas – my hometown. If you’ve been watching our games all season, you know this is a high level of competitive basketball, so it will be very exciting to get out on the court and play in front of family and friends.

My mom, Lydia, still lives in Dallas and you better believe she’ll be there. My whole family will be there. That’s my crew – they’ve always supported me. But it’s my mom who deserves the most credit. She was a single parent working two jobs to support my sister and me. I’m so glad she’s getting another chance to see me play.

I’ve also got a few things set up for the kids to come out and enjoy the games, and do my part for the community. I’m just excited to be back in Dallas doing this.

I grew up playing sports at the Salvation Army, so we’re gonna bus some of these inner city kids to the game. Most of these kids have never had a chance to see professional basketball other than on TV. It’s great to give them that opportunity, and I’m excited just to see them.

Of course, having family and friends and other invited guests in the arena Sunday means we better win! As captain of Trilogy, I’m proud to say we don’t know what it’s like to lose in the BIG3 – at 5-0, we’re the only undefeated team in the league.

I can’t take much credit for that, because I went down with a hamstring injury in the first game. I finally got back on the court last week in Chicago, so now I’m ready to fit right in with the rest of our guys. I think co-captain Al Harrington, coach Rick Mahorn and I did a pretty good job putting this team together.

If there’s one thing in this world that I know, it’s basketball. The guys that we drafted, I know they can play and they’re gonna compete on both sides of the ball. And we’ve got Al Harrington! Man, he’s been a beast so far!

So has Rashad McCants, who was the number one overall pick in the draft – he just scored 27 in our win over Tri-State. But we have a complete team. We’ve got James White and Dion Glover. Jannero Pargo is our reserve, and he came in and played well when I was out. We’ve got a complete team – I don’t think we’re missing anything.

We’ve already clinched a playoff spot, but we’re not taking our foot off the gas. We’re just trying to get better every week.

I can say the same thing for the league in general. Seeing that great crowd at Barclay’s Center for opening day was huge, and it’s only gotten better. The play has improved each week as far as the guys on the court, and the fans are buzzing more at each city. The fans are getting a show, witnessing some competitive play and seeing good basketball. I’m just excited to be a part of it.

I like the direction the BIG3 is heading, and I think it’s going to continue to grow next year. But let’s not get ahead of ourselves. Trilogy has a championship to win first!