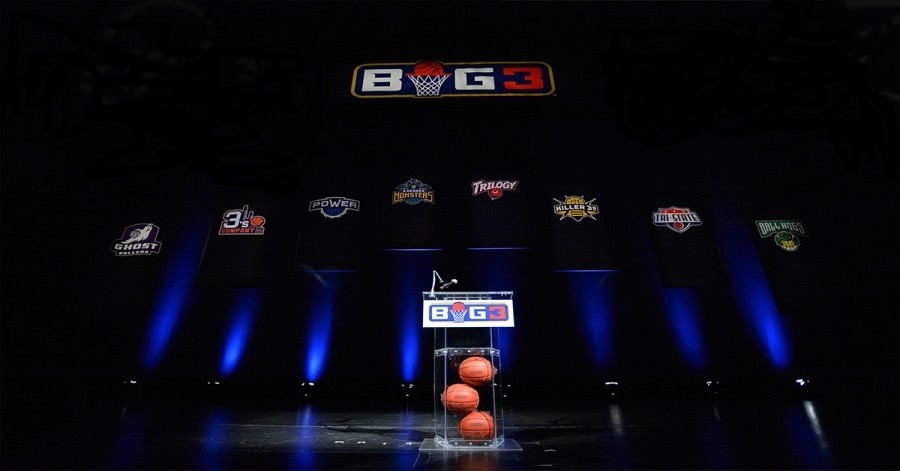 Five Things You Need To Know Before The 2018 BIG3 Draft

Ya gotta love April if you’re a sports fan. NCAA Finals… start of baseball season… the Masters. And oh yeah… the 2018 BIG3 Draft.

Season 2 of the groundbreaking professional 3-on-3 basketball league tips off June 22nd, but first there’s the important matter of figuring out who’s on the court that day. Roughly half of the roster for each of the BIG3’s eight teams is set, each team has six roster spots and starts with a designated captain and two co-captains.

That leaves 19 open roster spots to be filled from a draft pool of more than 60 talented ballers – some who played in the BIG3 last season as well as some big-time names who have entered the draft pool with the hopes of taking the BIG3 by storm.

The 2018 BIG3 Draft takes place April 12th in Los Angeles – and it will be televised in prime time on FS1. So with less than a month to go, here are five things you need to know:

As a reward for winning the inaugural BIG3 Championship, Trilogy will get to keep all five players from the 2017 roster – captain Kenyon Martin, co-captain Al Harrington, Rashad McCants (last year’s first overall draft pick), James White and Dion Glover. McCants has been named the second co-captain and the team filled his spot by signing Dahntay Jones. With that continuity, Trilogy easily enters 2018 as a favorite to repeat after tearing through the 2017 season undefeated.

Led by team captain and 2017 BIG3 MVP Rashard Lewis, the 3-Headed Monsters gave Trilogy a run for their money in the championship game. Their consolation prize is that they get to keep two players from last year’s in addition to Reggie Evans who was promoted to co-captain. So joining Lewis and Evans are Mahmoud Abdul-Rauf and Kwame Brown, leaving room for a second co-captain and one open roster spot.

In addition to this year’s talent-packed Draft Pool, BIG3 captains had the opportunity to recruit some of their superstar friends to sign on with automatic roster spots. The league’s decision to add a second co-captain to each team lured some serious talent. Here’s a recap of the new faces:

Keep your eyes open for co-captain announcements from The 3-Headed Mosnters and Ball Hogs.

Trilogy had the first overall draft pick in BIG3 history last year. Captain Kenyon Martin and coach Rick Mahorn look like geniuses for taking McCants, who was an MVP candidate and a huge factor in Trilogy’s title run.

Who gets the first pick this year? It could be the Ball Hogs, who finished eighth in the regular season last year, but that’s not a lock. The BIG3 will again hold a lottery to determine draft order, but this time it will be a weighted lottery based on last year’s standings. The lottery, which will be live on FS1, takes place in April – which gives us a good two weeks for mock drafts!

5) WHO’S IN THE DRAFT POOL (AND WHO’S ALREADY SWIMMING)?

Here’s a rundown of the eight BIG3 rosters as they currently stand, along with players currently available in the draft pool:

On April 11th, the BIG3 will hold a combine for the 60-plus draft eligible players who will be competing for the 19 open spots. As of now, the draft pool consists of 26 returning players from 2017 and 38 who did not play last season – and there is talk of a few more big names being added to the mix in the days ahead. For now, here’s who will be in L.A. for the draft:

News on the Draft Lottery is coming soon! Don’t forget to tune in to FS1 on April 12th for the BIG3 Season 2 Draft.