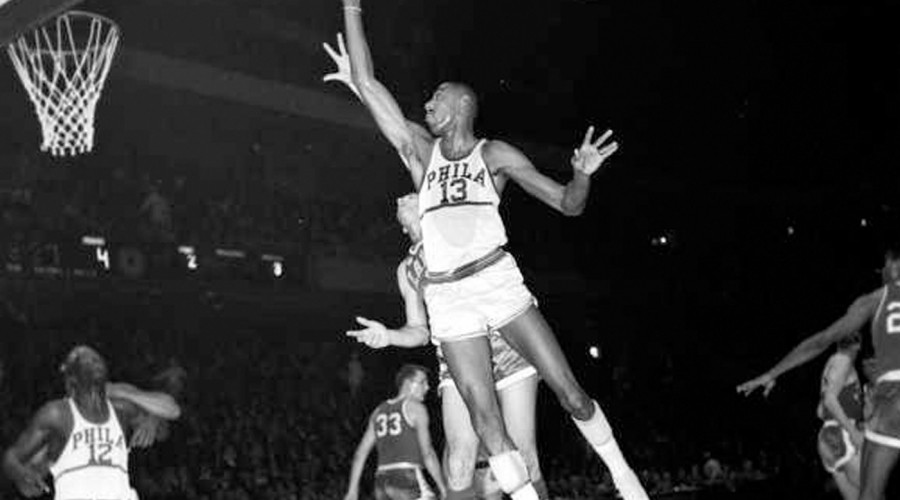 When Allen Iverson retired from the Philadelphia 76ers in 2013, he spoke at the press conference about the place he earned in Philly sports history – alongside fellow Sixers legend Julius Erving, a.k.a. Dr. J.

“People all the time tell me that it’s Doc and A.I. when you talk Philly basketball, and that’s one of the biggest compliments that someone can give you,” Iverson said at the time.

Doc and A.I. make their triumphant return to Philadelphia Sunday night, when the BIG3 plays its Week 4 games at the Wells Fargo Center. Appropriately, Erving’s Tri-State squad will face Iverson and 3’s Company in the final game of the night.

The fact that Hall of Famers Iverson and Erving are the faces of Philly basketball is all the more impressive because the city is brimming with basketball history. No doubt, the crowd Sunday night will be dominated by Iverson and Erving jerseys, but you’ll be sure to see lots of other names on fans’ backs:

Heck, the great Wilt Chamberlain grew up in Philadelphia before playing professionally for not one but two Philly teams. Before he was a Sixer, Wilt starred for the Philadelphia Warriors – the team he played for when he rang up 100 points on the Knicks in 1962. (A year later, the Warriors moved out west; you know them better now as the Golden State Warriors.)

It’s hard to argue Chamberlain isn’t the greatest basketball player ever from the City of Brotherly Love. Of course, there was that kid who went straight from high school to the NBA the same year Iverson was drafted – a kid named Kobe Bryant.

While Kobe went straight to the pros, Philly has a storied tradition of college hoops. Before there was the BIG3, there was Philadelphia’s Big 5 – the University of Pennsylvania, La Salle, St. Joseph’s, Temple and Villanova. They play in different NCAA conferences, but vie among each other every year for the title of city champ.

For the record, the Philadelphia Enquirer recently ranked the top 10 ballers in the city’s history:

Iverson and Dr. J won’t be the only guys on the floor Sunday who have Philly ties. Kareem Rush played with Iverson on the Sixers in 2008-2009. Jim Jackson, analyst for FS1’s BIG3 broadcasts, played with Iverson in 1997-98. Cuttino Mobley and Hakim Warrick are Philly natives. Rasual Butler played for La Salle.

Tri-State’s Xavier Silas was signed by the Sixers late in the 2012 season and they kept him on the roster for the playoffs that year. Silas appeared in two post-season games for the Sixers – the last time they’ve been in the playoffs.

Silas has been back to Philadelphia the last two summers to play in The Basketball Tournament. When he gets to town, he knows his priorities.

“I get my Philly steaks every summer no matter what,” he said.